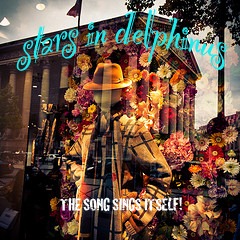 From Genia, with biogs:

Some bunch of young Artrock upstarts who’ve nicked the name because prog’s cool again now.  Suspiciously similar album title too… hmmmm!  No doubt they’ll be supporting Franz Ferdinand on their next tour, or playing a residency at a basement bar in Hoxton where all the barstaff are actually manequins and you have to serve yourself.